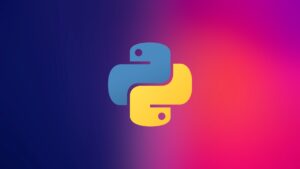 What is Machine Learning?

Basically, An ML model is defined as a computer-intensive mechanism and applies resampling and iterative methodologies for classification approaches. Especially  ML approaches are considered with optimal subset selection and eliminate the issues of classical classifiers like over-fitting as well as distributional demands of parameters. Following ML technologies that have emerged in computer science with logic and basic mathematics, statistics, as ML approaches do not estimate the group, features rather it is initialized with an arbitrary group separator and tunes frequently till satisfying the classification groups. Significantly ML examines the tuning variables and individual ML functions that became unstable, Balanced against which makes a suitable process. Furthermore, As the non-statistical nature is embedded, overall these approaches can apply the data in various formats like nominal data that generates maximum classification accuracies.

In this Section Specifically, we have discussed about some of the projects on Machine Learning with current trends.

Determining the poverty levels of various regions throughout the world is still crucial in identifying interventions for poverty reduction initiatives and directing resources fairly. Generally, reliable data on global economic livelihoods is hard to come by, especially for areas in the developing world, hampering efforts to both deploy services and monitor/evaluate progress. However, the current challenge in this domain is that agencies across the world that predict income levels take a huge amount of time to do the same.

Instead of a Manual Human Taking process, This project proposes to use satellite images to detect economic activity and, as a result, estimate poverty in a location. lastly, A Recurrent neural network is trained to learn various developmental parameters like rooftop type, source of lighting, proximity to water sources, Agriculture Areas, Road Structure, and Industrial Areas. Likewise, it will estimate the poverty level of each Area using Satellite Images. particularly it will cost you less amount as well comparatively less time as well.

In this project, we propose a feature-free method for detecting phishing websites correspondingly based on a similarity measure that computes the similarity of two websites by compressing them, thus eliminating the need to perform any feature extraction. Additionally, It also removes any dependence on a specific set of website features. Altogether this method examines the HTML of webpages and computes their similarity with known phishing websites during testing phases, in order to classify them.

Furthermore, We use the Furthest Point First algorithm to perform phishing prototype extractions, in order to select instances that are representative of a cluster of phishing web pages. Identically We also introduce the use of an incremental learning algorithm as a framework for continuous and adaptive detection without extracting new features when concept drift occurs. Lastly, On a large dataset, our proposed method significantly outperforms previous methods in detecting phishing websites, with an AUC score of 98.68%, a high true positive rate (TPR) of around 90%, while maintaining a low false positive rate (FPR) of 0.58%. Particularly Our approach uses prototypes, eliminating the need to retain long-term data in the future, and simultaneously is feasible to deploy in real systems with a processing time of roughly 0.3 seconds.

Presently This is one of the projects particularly to discuss the relationship between nutritional ingredients identification in food and inspecting Calories through Machine Learning models to perform the data analysis, Significantly the experiments on real-life datasets show that our method improves the performance with efficient accuracy . Specifically, Our system will recommend food for some Different Age groups. Subsequently, Our work is able to identify the Nutrition that we may get affected by lacking certain nutritional ingredients in our body and recommends the food that can benefit the rehabilitation of those Age Groups. Thereafter To achieve high accuracy and low time complexity, the proposed system was implemented using CNN Machine Learning models. Lastly, The model, when trained convolutionally, generates the natural image samples which give a better broad statistical structure of the natural images as compared with comparatively existing parametric generative methods.

Eventually Delay prediction is a process of estimating delay probability based on formerly known data at a given checkpoint and is typically measured via arrival (departure) delay. Furthermore the key to making delay predictions based on actual operational data involves establishing the relationship between train delays and various characteristics of a railway system. Henceforth this provides a basis for the operator’s scheduling decision Train delay is a significant problem that negatively impacts the railway industry and costs billions of dollars each year. Simultaneously In this project we have used Train delay dataset from IRTC to predict Train delays. Specifically  We have used Faster RCNN algorithm to predict flight departure delay and thereupon our model can identify which features were more important when predicting Train delays.

Since the coronavirus has shown up, the inaccessibility of legitimate clinical resources is at its peak, previously like the shortage of specialists and healthcare workers, secondly lack of proper equipment and medicines, etc. Specifically, The entire medical fraternity is in distress, which results in numerous individuals’ demise. unlike Due to unavailability, individuals started taking medication independently without appropriate consultation, making their health condition worse than usual. Identically As of late, machine learning has been valuable in numerous applications, and there is an increase in innovative work for automation.

Meanwhile, This project intends to present a drug recommender system that can drastically reduce specialists’ heap. Regardless In this research, we build a medicine recommendation system that uses patient reviews to predict the sentiment using various vectorization processes like Bow, TF-IDF, Word2Vec, and Manual Feature Analysis, which can help recommend the top drug for a given disease by different classification algorithms. specifically, The predicted sentiments were evaluated by precision, recall, F1 score, accuracy, and AUC score. whereas The results show that classifier DNN using TF-IDF vectorization outperforms all other models with 98% accuracy.

Stress Detection In IT Professionals by Image Processing and Machine Learning

Significantly The main motive of our project is to detect stress in IT professionals using vivid Machine learning and Image processing techniques. obviously, Our system is an upgraded version of the old stress detection systems which excluded live detection and personal counseling but this system comprises of live detection and periodic analysis of employees and detects physical as well as mental stress levels in his/her by providing them with proper remedies for managing stress by providing survey form periodically. Moreover, Our system mainly focuses on managing stress and making the working environment healthy and spontaneous for the employees and furthermore it getting the best out of them during working hours.

Henceforth The proposed System Machine Learning algorithms like KNN classifiers are applied to classify stress. Following Image Processing is used at the initial stage for detection, the employee‟s image is given by the browser which serves as input. further, In order to get an enhanced image or to extract some useful information from it image processing is used by converting image into digital form and performing some operations on it. Generally By taking input as an image and output may be image or characteristics associated with that images. The emotion are displayed on the rounder box. The stress level indicated by Angry, Disgusted, Fearful, Sad.

Evidently, Biometric identification like fingerprints, retina, palm, and voice recognition needs the subject’s permission and physical attention. Correspondingly Human Gait recognition works on the gait of walking subjects to identify people without them knowing or without their permission. Basically, The purpose of this Project is to detect humans based on their Waling styles. We first extract the gait features from image sequences using the Feature Module. Features are then trained based on the frequencies of these feature trajectories, from which recognition is performed.

Gait recognition is the process where the features of human motion are automatically obtained/extracted and later these features enable us to authenticate the identity of the person in motion. Besides As with other pattern recognition techniques, the gait recognition technique also involves 2 stages: Firstly Information is derived from human locomotion in the first stage i.e. feature extraction stage. Formerly In the next stage, i.e. the recognition stage, a standard similarity computation technique (Incremental Component Analysis) is used to obtain results for being a match or a mismatch.

Certainly, Electronic voting or e-voting has been used in varying forms since the 1970s with fundamental benefits over paper-based systems such as increased efficiency and reduced errors. However, there remain challenges to achieving widespread adoption of such systems, especially with respect to improving their resilience against potential faults. Generally, Blockchain is a disruptive technology of the current era and promises to improve the overall resilience of e-voting systems. Likewise, This project presents an effort to leverage the benefits of blockchain such as cryptographic foundations and transparency to achieve an effective scheme for e-voting.

Diabetic Retinopathy is the most common cause of vision loss among people particularly diabetes and the leading cause of vision impairment and blindness among working-age adults. Secondly, By using a certain algorithm the retinal image from the user is fed into the system. significantly The blood vessels are extracted from the image then it is pre-processed by filtering and segmentation process. Rather It is followed by fractional edge reduction which is used for the feature extraction and by using a Faster retinal convolutional neural network algorithm to automate the diagnosis process. It improves the resultant accuracy and by this classification technique,overall we can achieve high accuracy. 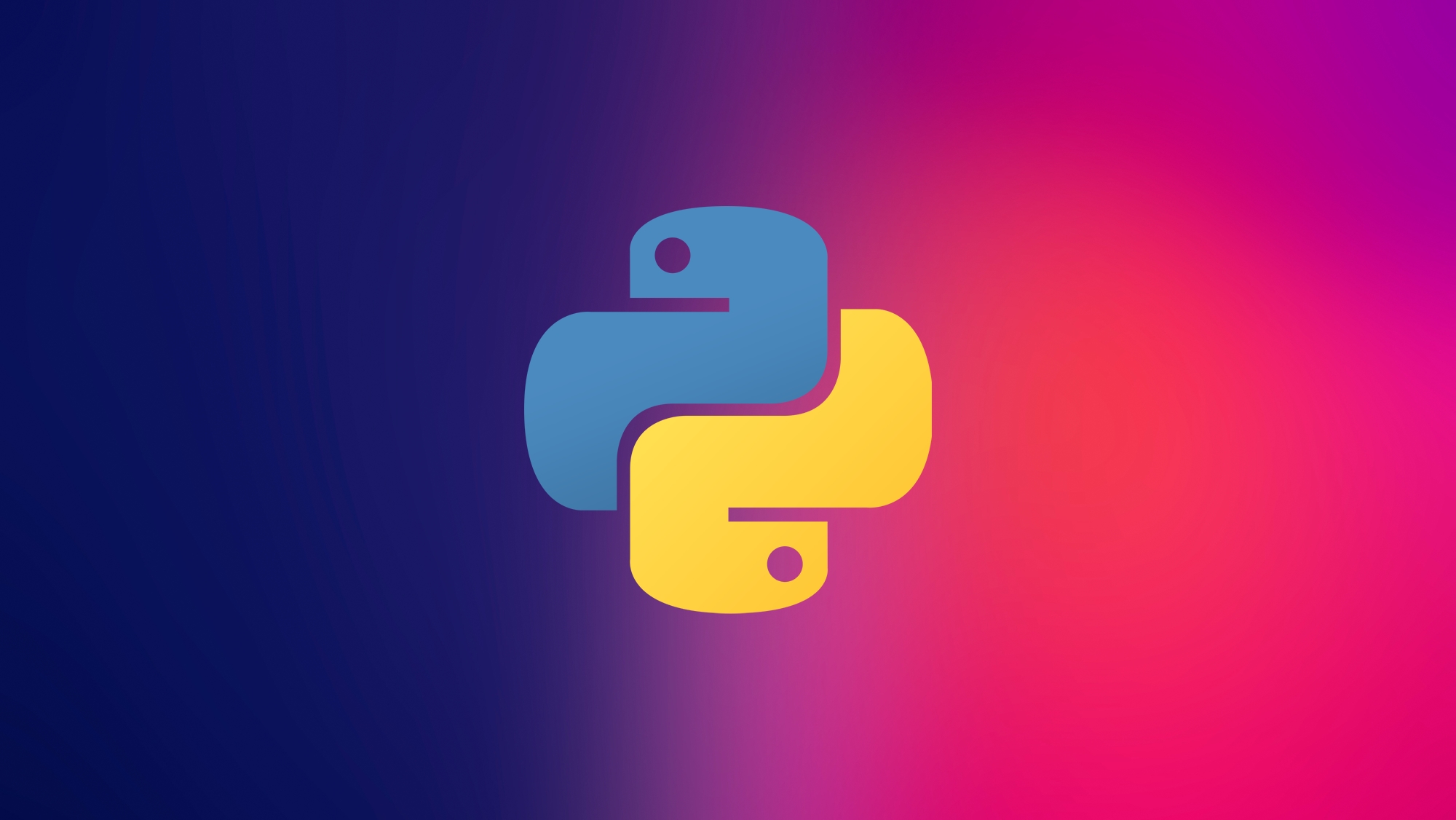